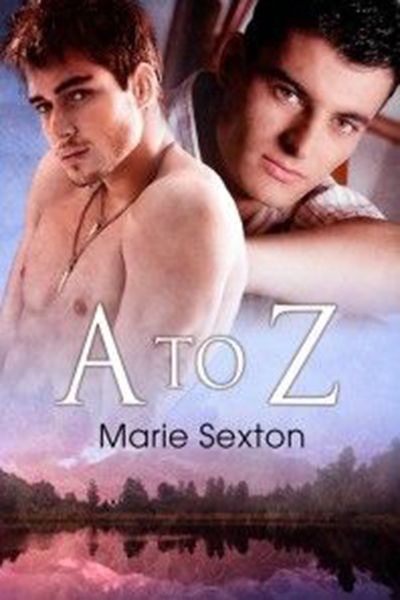 Zach Mitchell is stuck in a rut. His college boyfriend left him ten years ago, but Zach still lives in the same apartment, drives the same car, and feeds his ex-boyfriend’s ungrateful cat. His Denver business, A to Z Video Rental, is struggling. He has annoying customers, eccentric neighbors, and an un-fulfilling romance with his landlord, Tom.

A combat boot-wearing punk with an attitude, Angelo Green was raised in foster homes and has been on his own since he was sixteen; he has never learned to trust or to love. He doesn’t do relationships, so when Angelo takes a job at A to Z Video, he decides Zach is strictly off-limits.

Despite their differences, Zach and Angelo quickly become friends, and when Zach’s break-up with Tom puts his business on the line, it’s Angelo who comes up with a solution. Together with Jared and Matt, their friends from Coda, Colorado, Zach and Angelo will find a way to save A to Z, but will they be able to save each other too?

This title is currently out of print. We apologize for this temporary inconvenience.

What does “out of print” mean? Why is it out of print? How can I read it? The contract with the original publisher has ended. That means they can no longer legally sell the ebook, although you may still be able to find paperback copies online. The ebook will be re-released by the author as soon as possible (sometime in the next 2-4 months).

How will I know when it’s available again? The best way to stay up-to-date on re-released titles is by joining Marie's (100% drama-free) Facebook group, or by signing up for her monthly newsletter. (You’ll even get a free short story for joining.)