Answers to the questions I get asked the most. (Listed in no particular order.) 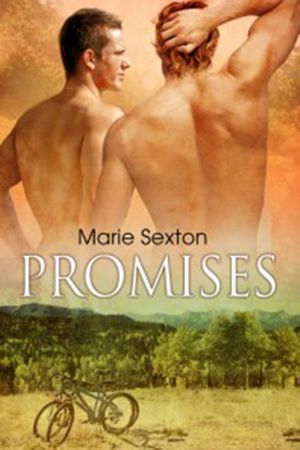 Q: Do the Coda books have to be read in order?

A: Not really. You can read a rather wordy explanation of the order they can be read in here.

Q: Will there ever be another Coda book?

A: Probably not. Then again, I’ve said that multiple times in the past and ended up adding other books to the series. But at the moment, no, I have nothing in mind.

Q: Coda is your bestseller, so why not write more? Why not write a sequel for Matt and Jared?

A: Because those characters have their HEAs now. In order to write another book about a specific couple, I need to create conflict for that couple. Do you really want me to stir up trouble for Matt and Jared just for the hell of it? Sure, I could. After all, they have Trouble (whose name starts with an A) living just down the road. I could throw a big molotov cocktail into the middle of their happy life, but the thought of doing that breaks my heart.

Q: How come the couple we hate (Zach and Angelo) gets more books than the couples we love (Matt and Jared, Cole and Jonathan)?

A: The number of books each couple has is in direct correlation to how fucked up those people are. Matt and Jared are two pretty solid, grounded guys when they meet. Once they get together, they pretty much have everything they need or want. Ditto Cole and Jonathan, once they get Hope. But Zach and Angelo? Those two guys were pretty screwed up. They were both carrying a lot of baggage when they met, so it took them a bit longer to find their HEA. Dom and Lamar also have a lot of baggage. In theory, they could use another book, but I’m not sure that will ever happen.

Q: Are you ever going to “fix” Zach and Angelo by making them monogamous.

A: No. Zach and Angelo would tell you they don’t need to be “fixed.” Their relationship works perfectly for them. Your moral misgivings aren’t their problem. 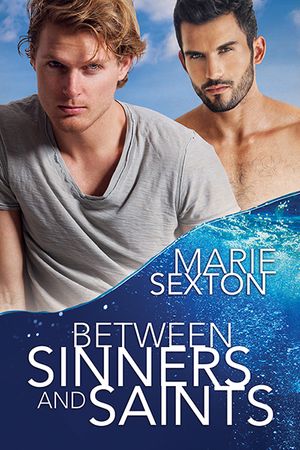 Between Sinners and Saints Questions

Q: How much does Jaime’s mom know about what happened to him, and/or why didn’t she do more to help him?

A: Jaime’s mom doesn’t necessarily KNOW anything, but she has a pretty strong suspicion. She’s about 98% sure of what happened. She even went to the police about it (although Jaime doesn’t know this). The police told her what they often tell victims of abuse and/or rape: that it’d be a matter of “he said/she said,” that Jaime would have to undergo an invasive physical exam in search of evidence, and if it ever went to trial (which was unlikely) he’d have to relive it all on the stand. Even then, they told her, chances of getting a guilty verdict were slim to none. Add to all of this the damage done to the family as a whole if she pressed charges against her sister’s husband, and the fact that she had very little money and was dependent on her family for childcare, and she decided it just wasn’t worth it. She justified this by reminding herself of how traumatic it would be for Jaime to relive the incident. She made sure the uncle never had time alone with Jaime again and hoped Jaime would recover. Later, after Jaime’s suicide attempt, she scraped together money for counselors as much as she could. Unfortunately, she wasn’t ever able to really talk to Jaime about what happened. Basically, she did what she thought was best. It just wasn’t enough.

Q: Does Jaime ever make peace with his mom?

A: Yes, although I’m not entirely sure how that plays out, other than that Levi and his family have to help them both through it.

Q: Does Levi’s family ever fully come around?

A: Yes. Levi’s family ends up being incredibly influential in the fight to have same-sex relationships accepted by the Mormon church (something that I fully expect to happen eventually, albeit not anytime soon).

Q: You seem to know a lot about the Mormon church. Are you a member?

A: I was raised in the Church, but I’m an atheist. I’m not even remotely active as a Mormon, but most of my relatives are active to one degree or another.

Q: Do the Coda boys ever meet Jaime and Levi?

A: Yes, they do. I’ve even written part of it (although not much). Will I ever share that story snippet? Unlikely, but not impossible. 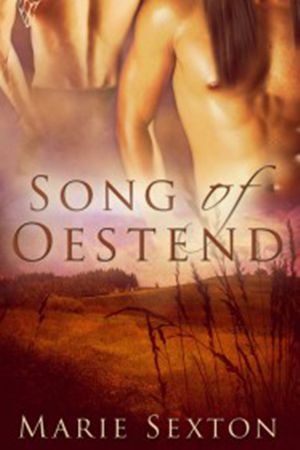 Will There Ever Be a Sequel to (fill in the blank)?

A: No. See Coda section above.

Q: Between Sinners and Saints?

A: Unlikely, but not impossible.

A: A definite maybe. I’ve had an idea for this floating around in my head ever since I wrote the first book. It has one fatal plotting flaw that I haven’t yet managed to solve.

A: Also a definite maybe. I have several ideas of how this could play out. Those Oestend books aren’t easy to write, but I admit, they’re my favorites. I think about my Oestend boys a lot.

A: This has come up multiple times through the years. I intended to put Bryan (from Meant to Be) in Tucker Springs, then have Matt and Jared visit. Unfortunately, multiple roadblocks stand in the way.

A: Probably not. Trey and Vinnie are happy as they are. They don’t really have much else to sort out.

A: Maybe. But it probably wouldn’t be novel-length. 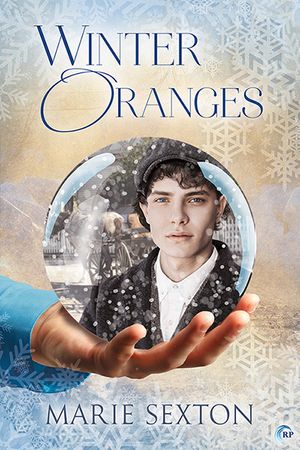 Will you ever write a book about….

Q: Chance from Lost Along the Way?

Q: Jackson from Roped In?

A: That was always the original plan, but I don’t see it happening anytime soon.

A: Entirely possible, as soon as I figure out who could handle him.

Q: Simon and Frances from Oestend?

A: I already did. I confess, I’m always confused when people ask me this question. Frances and Simon already have a book. Half of one, at any rate. Will I ever write another book about them specifically? No, but if I ever write another Oestend book, you’ll certainly see them.

A: It’s entirely possible her story will make up at least part of the third Oestend book, if I ever get around to writing it.

Q: Football or hockey, since you’re such a big fan?

A: Very possible. I have one story for each sport sort of halfway planned. The football story will be a monster of a book, so I keep chickening out. The hockey story… there are so many hockey books out there right now, I just don’t feel compelled to jump on that particular bandwagon.

Q: I don’t like your co-written books as much as your solo books. Why do you keep writing them?

A: Because writing is a lonely job, and cowriting can be fun.

Q: Do you read your reviews?

A: Rarely. Reviews are for readers, not authors. The only time I see a review is if somebody specifically tags me with it on Twitter or FB. I’ve muted everything that comes from Goodreads. Publishers will usually alert authors of certain reviews, but I’ve specifically asked my publishers not to do it in my case.

Q: How can I stay up-to-date on upcoming books?

A: By joining my Facebook group. It’s the only place on FB that I’m active, and my Twitter is mostly sports. I promise, my FB group is 100% drama free. Find it here.

Q: Where do you buy your shoes?

A: Mostly from Amazon.