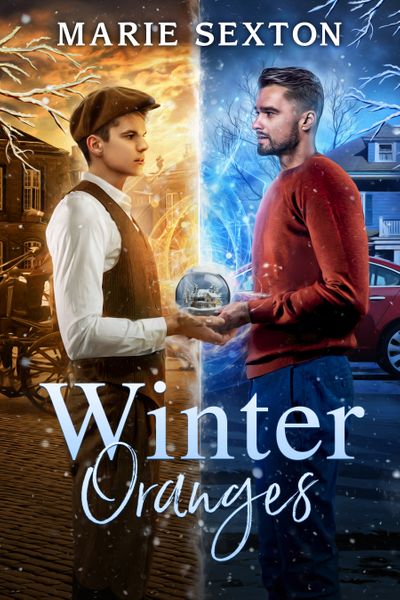 There’s only one problem with his new life: a strange young man only he can see is haunting his guesthouse. Except Benjamin Ward isn’t a ghost. He’s a man caught out of time, trapped since the Civil War in a magical prison where he can only watch the lives of those around him. He’s also sweet, funny, and cute as hell, with an affinity for cheesy ’80s TV shows. And he’s thrilled to finally have someone to talk to.

But Jason quickly discovers that spending all his time with a man nobody else can see or hear isn’t without its problems—especially when the tabloids find him again and make him front-page news. The local sheriff thinks he’s on drugs, and his best friend thinks he’s crazy. But Jason knows he hasn’t lost his mind. Too bad he can’t say the same thing about his heart.

The second edition was released July 8, 2022. You can buy it HERE. (Note: there have been no changes made to the text.)