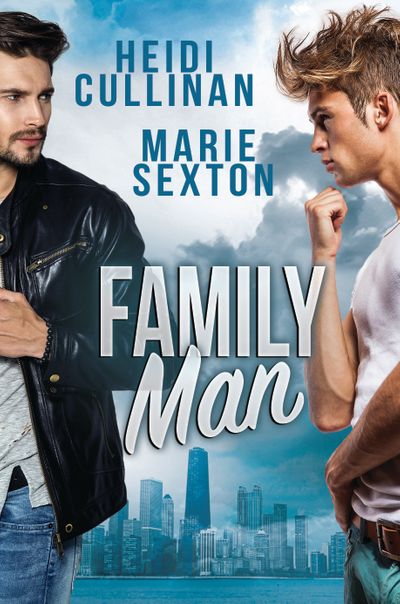 At forty, Vincent “Vinnie” Fierro is still afraid to admit he might be gay—even to himself. It’ll be a problem for his big, fat Italian family. Still, after three failed marriages, it’s getting harder to ignore what he really wants.

Vinnie attempts some self-exploration in Chicago’s Boystown bars, far from anyone who knows him. Naturally, he runs smack into someone from the neighborhood.

Between working two jobs, going to school, taking care of his grandmother, and dealing with his mother’s ongoing substance abuse, Trey Giles has little time for fun, let alone dating someone who swears he’s straight. Yet after one night of dancing cheek-to-cheek, Trey agrees to let Vinnie court him and see if he truly belongs on this side of the fence—though Trey intends to keep his virginity intact.

It seems like a solid plan, but nothing is simple when family is involved. When Vinnie’s family finds out about their relationship, the situation is sticky enough, but when Trey’s mother goes critical, Vinnie and Trey must decide whose happiness is most important—their families’ or their own.

*1st edition published by Samhain in 2013. The 2nd edition has been re-edited, but the content is unchanged.