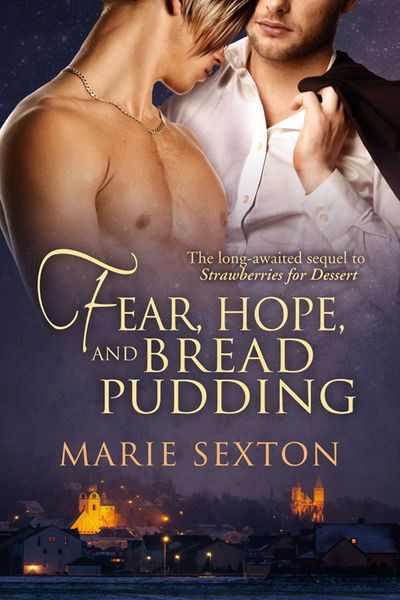 Families should grow, not shrink. It’s been on Jon Kechter’s mind since before he tied the knot with his millionaire lover, Cole Fenton. Now hoping to adopt, Jon and Cole search for a mother-to-be willing to let them love her baby, but the interminable wait is wearing on them both.

Jon is close to his father, George, but until Cole, he didn’t have anyone else. Now George is pushing Cole to reconcile with his estranged mother. When the three of them spend Christmas with her in Munich, the results are disastrous. Jon and Cole resolve to stay positive, but no hope exists without a tinge of fear. Jon and Cole can’t help but wonder if their dream of being parents just wasn’t meant to be.

Sequel to Strawberries for Dessert.