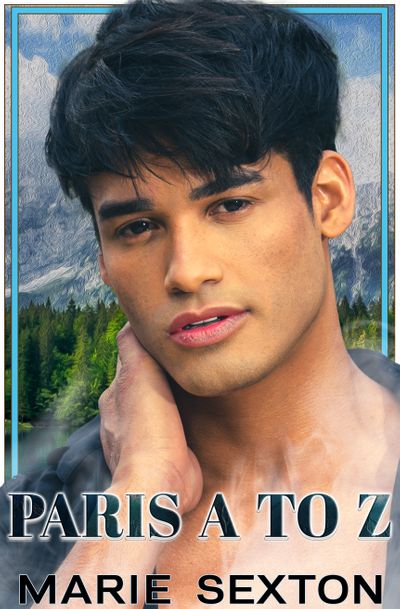 Paris A to Z

Zach and Angelo are headed to Paris, along with Matt and Jared, to attend Jon and Cole’s wedding. Matt will have to face Jared’s former lover, and Angelo will have to spend an entire week with Zach’s ex. Between Matt’s jealousy and Angelo’s temper, Zach figures they’ll be lucky to get through the week without one of the grooms being punched.

But Zach soon realizes he should worry less about Angelo and more about himself. Facing the bittersweet memories of his past and his own guilt over breaking Jon’s heart is harder than expected, but Zach will have to find a way to leave his past behind if he’s to have any hope of the future he wants with Angelo.

Sequel to The Letter Z.

(Please note that although Paris A to Z is ostensibly about Jon and Cole’s wedding, the book really isn’t about them. It’s Zach and Angelo’s book. If you read it expecting it to be all about Jon and Cole, I’m afraid you’ll be disappointed.)

This title is currently out of print. We apologize for this temporary inconvenience.

What does that mean? Why is it out of print? How do I read it?

The title is out of print because I terminated my contract with the original publisher, Dreamspinner Press. This means they can no longer sell the ebook (although you may still be able to find paperbacks for sale online). I'll be re-publishing the entire series early in 2023.

How will I know when it's available again?

The best way to stay up-to-date on my new (and old) releases is by joining my (100% drama-free) FB group.