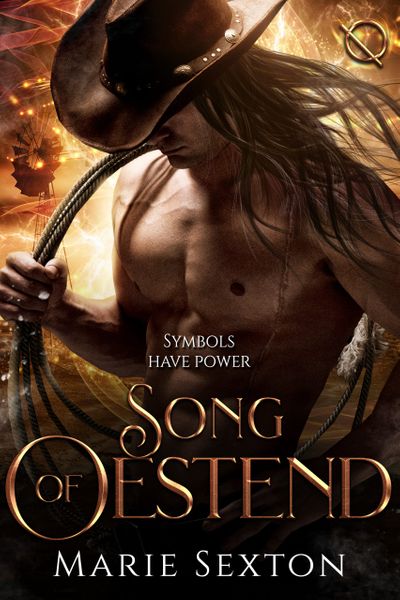 Artist Aren Montrell has heard tales of the Oestend wraiths – mysterious creatures that come in the night and kill anyone who’s not indoors. Aren’s never believed the stories, but when he takes a job as a bookkeeper on the BarChi, a dusty cattle ranch in the furthest reaches of Oestend, he learns the wraiths are very real. And they’re only one of the many dangers in the wild, treacherous place he now calls home.

Aren becomes the one and only confidant of Deacon, the BarChi’s burly foreman. Deacon runs the BarChi with an iron fist and is glad to finally have a friend. But Deacon is a man with many secrets. He’s determined to deny both his Oestend heritage and any claim he may have to the BarChi ranch. If Aren wants to survive the perils of the prairie, he’ll have to convince Deacon to stop running from the past and finally claim everything that’s his.