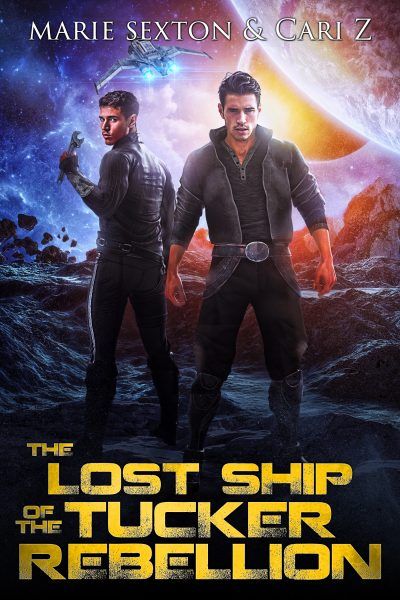 The Lost Ship of the Tucker Rebellion

Alien invasion has rendered Earth uninhabitable. Now, humanity survives in settlements on Mars, the moon, and distant space stations around Jupiter and Saturn. It’s all people can do to eke out a living from mining, salvage, and scrap.

Twin brothers Denver and Laramie Clayborne’s salvage operation is a small one—just them, their friend Marit, and their quirky ‘bot, OPAL. Their lives are simple and they like it that way, even though they barely earn enough to pay for Laramie’s expensive, life-saving medications. They make do, just like everyone else. It’s all they can do.

Until the day they find something big floating in the wreckage of a battleship graveyard. Something so rare, so precious, it could change their lives forever. Trading it would make them loved. Selling it would make them rich. But keeping it might make them heroes. They have a chance at a whole new world, if they’re brave enough to grasp it.

And if Mars doesn’t catch them first.